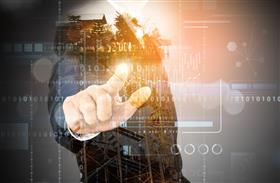 "Unlike other kinds of access credentials, SSH keys don’t expire," said Ted Shorter, chief technology officer and co-founder at Keyfactor. "Between servers and cloud workloads, organizations can have upwards of a million SSH keys. Tracking all active and abandoned SSH keys makes manual management next to impossible. As a result, we’ve seen an uptick in attacks using SSH keys as an access point to critical systems, applications and sensitive data."

As enterprises expand their use of cryptography to protect sensitive data and secure connections across the business, managing sensitive SSH keys, X.509 certificates and cryptographic keys - sometimes referred to as machine identities - becomes critical. Keyfactor enables customers to establish an end-to-end machine identity strategy, with a centralized platform to manage all keys and certificates in the organization.

"From a technical perspective, SSH Key Manager seamlessly integrates with a variety of supported Linux and Unix systems, making this a turnkey option for teams seeking greater visibility and control," said Shorter. "Visibility is key in establishing trusted connections within the enterprise. Adopting an automated tool like SSH Key Manager hardens an organization’s overall security posture as teams can easily manage any key, any certificate, anywhere."

Today's Tip of the Day - Understand Your Business