News : Knickers Stolen from your Washing Line? NOT a 999 Call 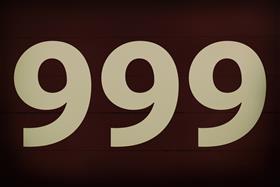 West Yorkshire, UK, Sept, 2020 -- Someone rang the 999 emergency line...because their knickers had been stolen from the washing line.

The team said: "If you have found that your knickers have been stolen off the washing line during the day then report it online or via 101.

Recently, the contact centre revealed someone called 999 to ask them to book some driving lessons for them.