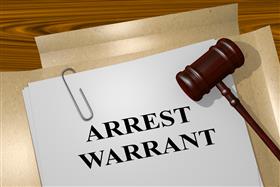 Kolkata, India, Feb 16, 2021 -- Bidhannagar police in West Bengal has busted a fake call centre in Salt Lake Sector V that had been allegedly cheating Spanish and German nationals in the name of IT major, Microsoft.

Cops on Monday, acting on a tip-off, conducted a raid at a fifth floor office of Dreambolic Technology Pvt ltd at EN block in Sector V and found they were making international calls using voice over internet protocol (VOIP) technology to individuals from different countries like Spain and Germany which is illegal in India as the calls are untraceable.

"On interrogation the company owners confessed that they used to deceive foreign nationals by calling and offer fake assurance of solving computer problems impersonating as Microsoft employees in an in-genuine manner and had misappropriated a huge amount of money through various gateway of transaction," said a senior officer of Bidhannagar Commissionerate.

Cops seized Rs 22.17 lakh and a number of electronic devices and computer hard-drives and print outs and arrested the owners Shibasis Jana and Rahim Passa before sealing the call centre.