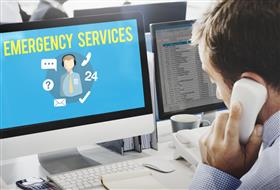 "Please note that the landlines of Control Room (including Dial-100/1090/1091/112) are not working properly due to technical reason," Kolkata Police had said in a statement.

According to sources the problem had started on Monday afternoon. However, it was a temporary glitch.