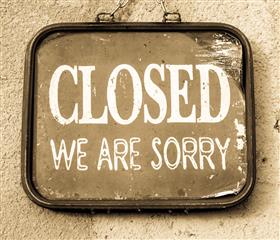 Daegu, South Korea, March 16, 2020 -- South Korean telcos will close down their call centres in the city of Daegu until the end of the month to prevent the spread of COVID-19, the companies have announced.

The move by SK Telecom, KT, and LG Uplus follows recommendations from Daegu health authorities. The city has accounted for the majority of cases from the country and have been closely linked to gatherings of Shincheonji, a religious organisation based there.

SK Telecom has two call centres in the city with around 460 workers. 170 of these employees are already working from home, the company said. It said it would route the calls from Daegu to centres from other areas.

KT will also shut down its centre which staffs 570 workers. Calls from the area will be handled by chatbots, it said. LG Uplus, meanwhile, said its 400 workers in the city will work from home going forward.

The government has stepped up screening procedures for call centres nationwide following multiple cases originating from a single call centre in Seoul. 129 cases have been confirmed from the 1115 people that work in same building as the call centre and their families.

Seoul commenced a survey of some 527 call centres in the city and then began applying disinfection procedures for 523 of them last week following the incident.

The municipal government said 101 of the surveyed centres have enforced working from home policies and said it will promote these policies in a bid further contain the spread of the virus.

Separately on Sunday, SK Hynix said one of its employees at its factory in Icheon had contracted COVID-19 but was already in self-isolation. The company stressed that the employee's contraction of the virus has not disrupted work. Last month, the memory chip maker imposed quarantines on hundreds of its employees and increased screening procedures for its workers.

SK Telecom Co., Ltd. is a South Korean wireless telecommunications operator, controlled by the SK Group, one of the country's largest chaebol. SK Telecom is a provider of mobile service in South Korea, with 50.5% of the market share as of 2008.