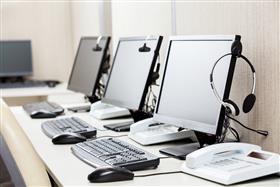 Chikkamagaluru, India, July, 2018 -- Transport Minister D C Thammanna said in Chikkamagaluru that a call centre would be opened in Bengaluru, for the convenience of the passengers travelling in KSRTC buses, to air their grievances.

Speaking to reporters after inspecting the KSRTC bus shelter in Chikkamagaluru on Sunday, he said the passengers can inform the call centre if they face any problem during their travel or if the bus breaks down halfway through their journey.

He said that he has been visiting districts to inspect the condition of KSRTC bus shelters and depots. "I am also collecting information on sanitation, cleanliness and timings of the buses from the general public. Measures will be taken to rectify the loopholes in the system," he added.

The minister said the KSRTC is in a loss. "Measures will be taken to improve the income of the KSRTC. I have discussed constructing a complex and mobilising revenue with the officials. There are plans to upgrade bus shelters to national and international standard. The problems in Rajahamsa and Airavat buses will be solved," said the transport minister.

Stating that Chikkamagaluru is a growing town, he said there is a proposal to construct a rural bus stand. The process to identify the land is in progress. The rural bus shelter and depot will be constructed at one place, he added.