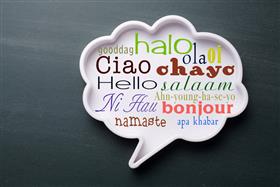 Kyoto, Japan, June 23, 2017 -- When a foreign tourist makes an emergency call to police in Kyoto, he or she will now hear a live operator who can speak English, Spanish, Portuguese, Chinese or Korean.

The live operators will be on duty 24/7 and act as bridges in three-way calling between the tourist and the police.

Kyoto prefectural police launched the multilingual interpretation service for 110 emergency calls around the clock on June 1.

Previously, the police used to put callers through to its international interpretation center, which offered language services in English, Chinese and Korean.

The police improved the system by outsourcing the interpretation service to a call center in a private sector, which added language services in Spanish and Portuguese.

Of these, 146 callers were unable to speak Japanese.

Many prefectures are striving to set up foreign tourist-friendly multilingual services ahead of the 2020 Tokyo Olympics and Paralympics.

Fukuoka Prefecture on June 10 kicked off a 24-hour multilingual interpretation service on the telephone in 14 languages, including English, Korean, Chinese, Thai and Vietnamese, that can be used in accommodation facilities, tourist information offices and other venues in the prefecture.

Call centers for foreign nationals have also been set up in other prefectures such as Okinawa.