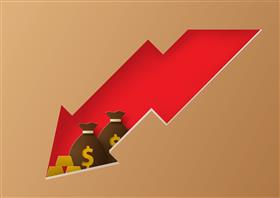 London, UK, May 23, 2022 -- Labour has accused the government of an obscene waste of money, after it emerged that an export hotline set up to help businesses took fewer than 3,000 calls in its first five months of operation.

The call centre company Hinduja Global Solutions was promised £120,000 a month for running the export support service, on the expectation that the 24 staff involved would be handling 3,000 calls a week.

But details released to Labour in parliamentary answers show that between October and February the helpline took just 2,899 calls. That meant the "agent utilisation rate" – the proportion of staff time spent actually taking calls – was just 7%, and the cost of dealing with each call was more than £200.

After Russia invaded Ukraine in February, call volumes to the hotline increased, with 1,946 calls taken in March, but 61% of those had to be referred on to staff from the Department for International Trade (DIT).

Launching the service last autumn, the international trade secretary, Anne-Marie Trevelyan, called it a "fantastic new one-stop shop service" for exporters, promising that "a dedicated export support team at the end of a phone ready to help will ensure they can access the information they need, and get on with the job of selling their world-class products and services abroad".

Published details of the contract suggest that in its first six months of operation – up to 31 March – there was no provision for payment to be reduced if the workload was lighter than expected.

Labour’s deputy leader, Angela Rayner, said: "At a time when Rishi Sunak is telling families across the country that there is no extra money to help them with the cost of living crisis, it beggars belief that the government are shelling out hundreds of pounds of taxpayers’ money for a service which is barely being used."

She added: "This is yet another obscene waste of taxpayers’ money by this utter shambles of a government."

Ministers have repeatedly been accused of failing to ensure value for public money, most strikingly over the £9bn written off in England over unusable or overpriced PPE, and the high levels of fraud detected in Covid support payments to businesses.

A DIT spokesperson said: "We want the UK to become an export-led economy and our tailored export support service is ensuring that businesses have the support they need to tap into the world’s fastest-growing markets and thrive in a truly global Britain. Our export promotion services generate around 3,800 new exporters each year, equalling an additional £9bn in export revenue over the next decade."