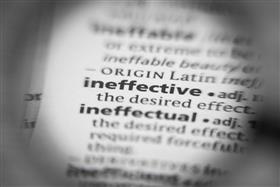 Suva, Fiji, May 29, 2019 -- The national 911 emergency number is ineffective and could cost lives, says the Telecommunications Authority of Fiji (TAF).

"You save time, you save lives in emergency cases," said TAF.

Currently, private telecommunication companies, have their own ways of routing 911 calls. This results in incorrectly routed calls, leaving emergency victims without the help they need.

"There is no uniform routing mechanism in place; they (telecommunication companies) do it in their own style," said TAF.

If an individual calls 911 from a mobile phone, for example, the effects of this can be devastating.

Individuals hoping to circumvent this issue and simply call the correct authority in the first place may be confronted with a confusing reality.

Unlike many overseas countries that have a single emergency number that is diverted to a national call centre, there are 150 different emergency numbers depending on location and type of emergency listed on the first page of the 2019 Fiji Yellow Pages.

TAF has simplified this by posting six national emergency numbers on their website: 910 for fires, 911 for all emergencies, 913 for electrical emergencies, 915 for national disasters, 917 for Police emergencies and 919 for the crime stoppers help line.

However, if individuals don’t memorise all those numbers or aren’t sure which authority can assist with their situation, they may be out of luck. Such was the case of a Nakasi Security Officer who collapsed and died in a shopping centre earlier this month. When a bystander called the Police, they were told there were no available vehicles to help out.

This is understandable since the National Fire Authority, not the Police have ambulances. However, the call was not diverted to the NFA or any other organisation that could have assisted.

According to Fiji Police Chief Operations Officer Assistant Commissioner of Police Maretino Qiolevu, anyone in any emergency situation can call the Police. In extreme emergencies they will contact the relevant authority; otherwise they would advise the individual accordingly he said.

"The emergency numbers which are widely publicised can be used by any person who is in any type of emergency situation. Our operators will take all calls and will inform the relevant authorities if need be," said Mr Qiolevu.

However, this policy doesn’t seem to be practised as illustrated by the tragic death of the Nakasi security officer.