News : Lahore Police to Set Up A New Helpline 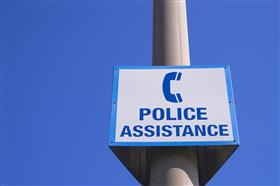 Lahore, Pakistan, Oct 27, 2020 -- The Lahore police have taken the decision of setting up a new helpline. This helpline would be a non-emergency complaint management helpline for registering the complaints against the non-registration of FIRs, illegal detentions, registration of false FIR, faulty investigations, demand of illegal gratification and slackness of duty.

As per the reports, the SSP Administration Usman Bajwa announced that a new helpline would be established at the CCPO office to record complaints.

Interestingly, IGP Police Complaint Centre 8787 is already in a place designated with the same function. Punjab Police had invested much in it and the IGP office would centrally monitor it, making it mandatory for a DSP rank officer to respond to the complaints made at the cell.

Successive IGPs have been bragging about the ‘improved performance’ of the helpline.

Bajwa while proposing his model of non-emergency helpline mentioned that the control room will be set up at CCPO office.

However, the new helpline was a non-emergency helpline. It will be specified for public complaints against police corruption, high handedness, and faulty investigations.