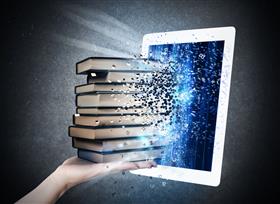 Mayor Junard "Ahong" Chan received the 20 brand new state of the art computers, where its Central Processing Unit (CPU) is built-in to its screen monitor, from the guild represented by its president, Shouqi Zhao, at the mayor’s office on Thursday, September 19, 2019.

"We extend our heartfelt gratitude to the Lapu-Lapu City Chinese Guild for this generous donation and we hope this will not be the last time they partner with us," said Chan.

The mayor said they would utilize the vacant space at the Hoops Dome for the e-library, which can accommodate up to a hundred persons.

The city will add 10 more computers, bringing to 30 the number of computer sets at the e-library. Those who have their own laptops or mobile gadgets can also use the free wi-fi connection at the e-library, Chan said.

The call center academy will also have the same operating hours and will operate alongside the e-library since the city has already partnered with a business process outsourcing (BPO) company that is willing to teach those interested to work as call center agents.

Chan said they would also consider a night time operation.

The mayor stressed that while the internet is free, social media platforms and e-game sites cannot be accessed.

The e-library will be launched on the first week of October as the area is still being prepared, he said.

Chan added that the Chinese company that donated the computers will be putting up a construction materials store in Lapu-Lapu City.