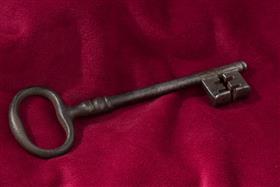 San Francisco, CA, USA, Feb 24, 2017 -- Layer Inc. announced the acquisition of Cola, a messaging startup known for the Cola Messenger app and the Cola Bubble platform, which transforms simple communications into actionable and collaborative messages. Layer also announced a Series B round of venture capital funding led by Greycroft Partners with participation by Microsoft Ventures, Salesforce Ventures, and other previous investors.

"With this new acquisition, Layer is extending its messaging platform to give brands access to Cola technology—interactive, stateful messages that live inside a conversation," said Ron Palmeri, CEO of Layer. "We've seen messaging evolve from simple chat into a rich stream of events. Now, developers using Layer will have a framework to make these events interactive and collaborative. A few taps inside an interactive message can replace multiple back-and-forth texts, making the customer conversation more efficient and delivering better business results via retention, engagement, funnel velocity and conversion rates."

"There’s a ton of synergy between the missions of Layer and Cola. This is a perfect place for us to join forces with a company that very much shares and understands our vision," said Cola CEO, David Temkin. "Cola technology will be available to Layer’s entire developer ecosystem, incorporating our platform into the hundreds of apps that Layer developers are building—and that’s something of which we’re very proud."

"The consumerization of technology has brought enterprise solutions to the cloud and made them accessible on any device. We see that communication between companies and customers is the next wave of this movement," said Mike McEvoy, COO and Co-Founder of Cola. "By embedding collaborative applications within messaging, we unite the efficiency of enterprise apps with consumers’ preferred means of communication to create an instant-connection channel with both context and meaning."

The acquisition brings Cola’s deep bench of engineering talent to Layer. Jeremy Wyld, CTO of Cola, will join Layer as Chief Architect along with other engineers from the Cola team. Wyld was a key member of Apple’s original iPhone engineering team and led development of the first iPhone’s networking and telephony software, which eventually became iOS.