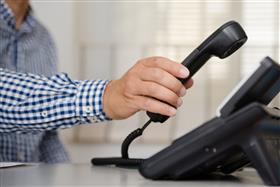 Dublin, Ireland, April, 2019 -- The day of the Leaving Certificate results was the busiest day of 2017 for the Samaritans helpline, new figures show.

The former minister for education Richard Bruton said he hoped the review of the Leaving Certificate carried out by the Curriculum and Assessment Board will help ease the pressure on students.

Mr Bruton said the review of the Junior Certificate had changed it into a more broad-based assessment with less emphasis on the final exam and he hoped something similar could be achieved for the Leaving Certificate.

"They (the board) have gone into the schools and done this on a bottom-up model with a lot of engagement from local schools," he said.

"Of course a lot of people have great faith in the Leaving Certificate, its fairness and so on so we can’t risk losing those, but we have to look at ways of taking the pressure off students and allowing them to perform to their best without that type of pressure."

Groups consulted as part of an official review of the Leaving Cert suggested students should be assessed on a staggered basis over two years instead of facing a single set of summer exams .

Speaking in his capacity as current Minister for Communications, Mr Bruton welcomed the announcement that six major telecom providers - BT Ireland, eEr, Sky Ireland, Three Ireland, Virgin Media Ireland and Vodafone Ireland - have extended their partnership and agreed to support the helpline until 2024.
No barrier

Mr Bruton said it was vital there was no cost barrier to accessing the Samaritans.

"The whole area of mental health and the support for people coming under pressure is a huge growth area," he said.

"Even through the very difficult years of the recession, we kept expanding the amount of money spent on this, but it seems that the faster we expand resources, the greater the need. That is a challenge in many societies.

"You can’t resolve this simply by Government services. Having so many volunteers giving up their own time and undertaking the rigorous training that is needed to be resilient enough to handle telephone queries, that is really something to be valued and supported."

Samaritans Irish regional director Cindy O’Shea said calls to the freephone helpline had doubled since it was made free in 2014.

She said: "The introduction of freephone made a huge impact. It is amazing that in that time volunteers have answered almost three million telephone calls, as well as given support to thousands more by text, email and face to face in branches, in communities, at festivals and in prisons.

"We are thrilled that our largest telecommunications companies have shown their faith and confidence in us to continue delivering this service to their customers and others who need us in their darkest hours."

The main issues people contacted Samaritans about last year were mental health or illness (36.2 per cent), isolation and loneliness (30 per cent), family issues (28.5 per cent) and relationship problems (20.9 per cent).

Other callers were worried about physical health, illness, bereavement, violence, abuse, drug and/or alcohol misuse, and finances and unemployment.

The busiest day of the last five years for the Samaritans was June 27th, 2015, the day after the Tunisian terror attacks in which three of the 38 tourists murdered by a gunman were Irish.

On that day 2,334 calls were made to the helpline.