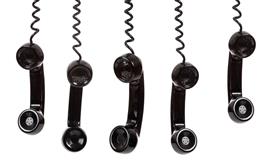 Smeaton Grange, NSW, Australia, Aug 12, 2019 -- Lifeline Macarthur is helping to save more lives than ever before.

The 24-hour telephone line operates seven days a week fielding calls from people who are struggling with their mental health.

Lifeline Macarthur chief executive officer Brad Hannagan said the vital service had experienced an upsurge in calls over the past year.

"We had to install the new lines to respond to the level of demand," he said.

"Lifeline is recognised as one of Australia's most well-known crisis call centres and we will continue to grow the service."

In the past five years, the number of people contacting the Lifeline Macarthur crisis support line has doubled.

The number of people contacting the call centre rose by 27 per cent in the past year alone.

Mr Hannagan said the rise in calls could be attributed to general population growth and the change in attitude toward mental health awareness.

"The stigma around mental health is changing - and that is a good thing," he said.

Statistics show men are three times more likely to commit suicide than women, and only 27.5 per cent of men with symptoms of mental illness are accessing professional services.

Mr Hannagan said three out four suicides in Australia were committed by men.

"It's a problem in every Western country - the numbers are similar in the US, Canada and the UK," he said.

"We need to do something to break down the walls and stop the stigma associated with mental health."

The 2019 long lunch will be held at Rydges Campbelltown.

"We are hoping it will be even bigger this year.

"The feedback we had from the men who came along last time was that it was a safe space for men to share some of the tough times they had been going through with other men."

Any funds raised at the event will be used to support the crisis support line.