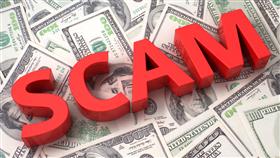 Hyderabad, India, Dec 30, 2020 - Call centres, with lines of executives sitting with databases of customers and phones in their hand, were the nerve centres that propped up the illegal instant online loan app business that is now under fire after suicides of victims.

The companies involved in the illegal micro-financing business that operated mainly through mobile apps had hired hundreds of undergraduates and 10+2 pass-outs through recruiting agencies and trained them in the craft of luring and harassing customers, before putting them to work at these call centres, police found out.

The Telangana State Police had raided multiple such call centres across the country after cases were registered in Hyderabad, Cyberabad, Rachakonda, Siddipet and Ramagundam police limits. The police found that hundreds of tele-callers were working in the call centres in different shifts.

"Various tasks were assigned to the executives working at the call centres. While some were asked to lure customers by calling them over phone, many others were given targets to harass them and force them to repay the loans doled out through instant loan apps. On joining, the tele-callers were given training by team leaders. The training depended upon the assignment given to them," a senior Hyderabad Cybercrime official said.

"The customers in a lower bucket get decent treatment but as the bucket category goes up, the treatment gets harsher. The callers abuse the customers in filthy language and threaten them with dire consequences and go to the extent of accessing phone contacts of the customers and threatening the family members, relatives and friends with calls and messages," said an official of Cyberabad police, who raided few call centres and arrested 14 persons.

"Tele-callers also suggest to victims that they make the repayments by taking loans from their other loan applications. The customer falls into a trap by taking loans via other loan applications as suggested by the executives and end up paying huge amounts and get stuck in a never-ending cycle," the official said, adding that tele-callers who successfully ‘forced’ defaulters to pay up were given incentives by the companies.

The call centres paid salaries ranging from Rs 20,000 to Rs 30,000, depending upon their position.