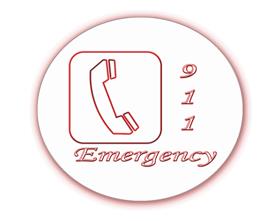 Lockport, NY, USA, Aug, 2019 -- It appeared that Lockport Police Department dispatching and 911 call answering will not be shifted to the Niagara County Sheriff's Office after all.

Instead, Mayor Michelle M. Roman said a package of cost-saving concessions is being worked out with the police union.

If that is ratified by both sides, Roman said she believes the Council will vote as soon as Aug. 21 on spending to buy new equipment to upgrade the city's aging 911 call center, which Sheriff James R. Voutour warned in June could fail "at any moment."

Officer Kevin Lucinski, the union president, said the union offered savings to partially counteract the cost of new equipment, by restructuring longevity pay for veteran officers and education pay for officers who take advanced courses. The savings would be about $140,000 in the first five years.

Last month, the County Legislature agreed to dispatch Lockport police calls on the Sheriff's Office's main radio channel at no cost to the city – but only if the union agreed.

The union will not agree, Lucinski said.

"Therefore, it's a dead issue," Voutour said in a text message to The Buffalo News.

"It's the union's position that constitutes a safety hazard," Lucinski said. "It is not in the best interest of the city or the officers."

If there is too much radio chatter, a Lockport officer might not to be able to get on the air in an emergency, or a call might be dropped, Lucinski said.

Roman said the county later reduced that tab to $320,000 a year, but the $272,000 one-time payment to Motorola Systems for new equipment is a better choice, in her view.

Lockport once had three 911 phone and computer terminals in Police Headquarters, but they are about 30 years old. Today, according to interim Police Chief Steven C. Preisch, only one works fully and another can only be used to answer calls, not to send the information to patrols.

The Lockport police contract guarantees that dispatching will be union work.

To give up that clause, Roman said she offered the union a guarantee of no layoffs through the life of its current contract, which expires in 2023.

But Lucinski said the union believes the contract's existing minimum staffing rules are in effect a no-layoff guarantee.

Today's Tip of the Day - Experience And Architecture