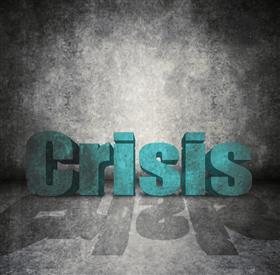 The most common issues people said they were dealing with recently include relationship problems, poor mental health, anxiety, depression, loneliness and suicidal thoughts.

In recent years callers to Mieli's helpline had similar concerns and worries, but this year the ongoing coronavirus crisis also weighed heavily in people's lives.

Mieli crisis worker Arja Riipinen said that many people called the helpline because they were exhausted after a difficult year.

"There is an enormous amount of loneliness. Those who live alone often rely on thing like gyms and book clubs where they're able to meet other people. Now they have been forced to stay at home," Riipinen told news agency STT.

Although Riipinen was unable to precisely say how many calls came in over the Christmas holiday compared to last year, she noted that the organisation increased their preparedness this year, as it was anticipating more callers than usual. Normally there aren't enough workers to answer all the incoming calls, often leading to long phone queues.

Minttu Tavia, from the Finnish Association for Substance Abuse Prevention (EHYT), said there was neither a rise or fall in calls to the organisation's crisis line over the holiday.

"It seems there was more of a rush on Christmas Day, rather than Christmas Eve. Last year we also didn't see any major differences over Christmas," Tavis said, noting that the tone of calls over Christmas and other extended holidays is different than at other times of the year.

"Many calls have come from relatives who tell us about a family crisis at Christmas. People who call in about their own drug use also mention comments and remarks from their loved ones," Tavia explained.

Similar to Mieli's hotline, concerns about loneliness, illness and the coronavirus are topics often raised by callers to EHYT's helpline.

Tavia said that calls to EHYT had increased by 40 percent during the past year, adding that the coronavirus crisis, which began to affect daily life in Finland in March, was a partial factor.

People facing work furloughs or layoffs during the corona crisis had also reached out to the organisation, according to Tavia.

She said that the association had also received several calls from people who work remotely, whose substance abuse had previously been limited by social constraints.

If you have suicidal thoughts or need assistance regarding mental health issues, you can seek help from the crisis helpline.