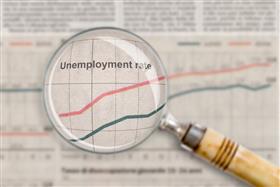 Longview, TX, USA, Dec, 2019 -- Despite layoffs at a Longview call center during the month, the unemployment rate in the three-county Longview metro area barely budged during November.

That continued a downward trend in the percentage of unemployed in the area, even as the labor force has grown by nearly 100 workers from a year ago.

The unemployment rate edged up in November to 3.7% from 3.6% in October while the statewide rate stayed steady at 3.4%, the Texas Workforce Commission reported Friday.

The report for the metro area of Gregg, Rusk and Upshur counties showed the number of unemployed people grew to 3,600 in November from 3,500 in October. The rate was 3.7% a year ago.

During November, an estimated 177 employees at the Concentrix call center in Longview were laid off, two months after their employer notified them their jobs would vanish.

Longview Mayor Andy Mack said earlier this month that while the Concentrix layoffs affected the November totals the increase in unemployment rate was insignificant.

"One-tenth is not an indicator of any kind of a trend," he said. "We are very stable in our unemployment (rate) right now."

Employment by sector illustrates some other trends in the area economy.

Reflecting the slowdown in the energy sector, the "mining, logging and construction" sector, which includes energy jobs, is down 8 percent from a year ago. Manufacturing was down nearly 4 percent, and trade transportation and utilities was down about 3 percent.

The biggest year-over-year increase at nearly 6 percent was in the "education and health services" sector.

The Midland MSA recorded the lowest rate in November among Texas MSAs with a nonseasonally adjusted rate of 2.1%. The McAllen-Edinburg-Mission MSA reported the highest rate statewide at 6.1%.