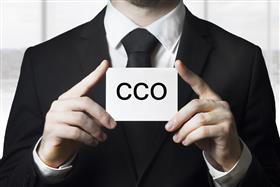 Mooresville, NC, USA, Oct. 27, 2016 -- Lowe's Companies, Inc. (NYSE: LOW) announced that Michael P. McDermott has been promoted to the position of chief customer officer, effective immediately. He will report to Robert A. Niblock, Lowe's chairman, president and CEO. McDermott currently serves as Lowe's chief merchandising officer, a position he has held since 2014.

In his new and expanded role, McDermott will be responsible for creating experiences that best serve customers and differentiate Lowe's in an omni-channel environment, including leading customer insights, customer experience design, marketing and strategy. He will also continue to be responsible for overseeing the company's full merchandising offering for all Lowe's U.S. stores and Lowes.com, as well as all global sourcing activities.

McDermott will succeed Michael A. Jones, who is leaving to pursue new opportunities.

"We are extremely confident in Mike McDermott and happy that he has agreed to take on these expanded responsibilities and important role," Niblock said. "Since joining Lowe's three years ago, Mike has demonstrated exceptional management and leadership skills that make him ideally suited to lead Lowe's efforts to create an even more exceptional home improvement experience for customers."

Niblock added, "At the same time, we want to express our thanks to Mike Jones for his many contributions to the company. We wish him well and great success as he pursues future opportunities."

Prior to serving as head of merchandising, McDermott joined Lowe's in 2013 as senior vice president and general merchandising manager-building and maintenance, and was responsible for Lowe's lumber & building materials, millwork, hardware & tools and rough plumbing & electrical divisions.

He joined Lowe's from General Electric, where he served as sales leader-appliances and was also a member of the company's corporate commercial council. He brought to Lowe's more than 20 years of experience in product leadership, merchandising, marketing and commercial sales.

McDermott earned a bachelor's degree in communications from The College of New Jersey and a master's degree in political science from Villanova University.

Lowe's is an American chain of retail home improvement and appliance stores that has retail stores in the United States, Canada, and Mexico.