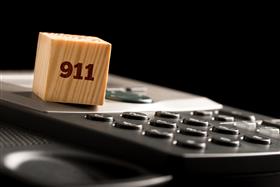 Toledo gets 40-times that.

Matt Heyrman is the director of public safety for Lucas County. For the last month, he has studied the 9-1-1 system and is analyzing whether there are cost efficiencies.

He says, if the county consolidates, the cost of the system could be cut by 25-percent.

For Maumee, the county estimates the yearly savings at $693,000.

Lt. Joshua Sprow of the Maumee Police Department says, "This is just one step further away from our citizens and makes it more difficult for us to have that direct contact with them."

Amanda Stidham used to work in Wood County which consolidated it's call center.

She says when it gets busy dispatchers can get overwhelmed

"if you don't ask if it's street or lane or ask if it's Toledo, Whitehouse or Waterville, calls could easily get misrouted," she said.

But the county says, in a large scale emergency, one large call center can better respond.

Heyrman says, "It is hard for a small dispatch center to handle something like an active shooter in a school."

There are concerns about dispatchers losing their jobs. But the county says places like Maumee and Sylvania and Oregon will still need to keep some dispatchers for non-emergency calls.

And places like Monclova Township could pay as much as $45,000 for a 9-1-1 service they currently get for free.

The plan is still developing and could take another year to implement, if approved.