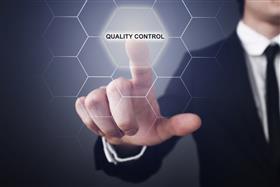 Noida, India, Jan, 2019 -- While calls on the state women’s helpline — 1090 — earlier landed at a police control room in Sector 14A, they will now directly be monitored by the Lucknow helpline control room.

In an order issued last week, the DGP office has directed Gautam Budh Nagar police to also ensure that all senior police officers in the district get the 1090 helpline mobile application, meant for use within the department, downloaded in their phones so that an ‘action taken report’ (ATR) can be submitted to Lucknow, making the entire process online and easy to track.

The control rooms had initially been set up in Lucknow and Gautam Budh Nagar as part of a pilot project. On Monday, about 25 female constables who were working at the Sector 14A control room as operators have been shifted to police stations.

"Since there is a shortage of staff, these constables will now be deployed on duty at police stations," Gautam Budh Nagar SSP Vaibhav Krishna said.

In order to ensure accountability, the DGP office on January 7 also directed Gautam Budh Nagar police to ensure that all the SHOs/SOs submit ATRs on each call received digitally through a mobile application meant only for the internal use of senior police officers.

"The application is only available to the SHO/SOs and directly connects officers with the Lucknow control room. Information on each call received is uploaded on the app. Officers can see them and file ATRs as well," SP (traffic) Anil Jha, who is also the district’s nodal officer for the helpline, said.

The DGP office also sought a report on how many SHOs/SOs have downloaded the application and were updating ATRs online.