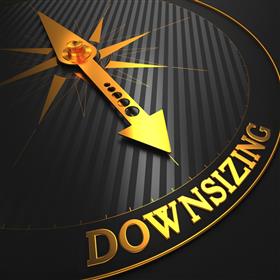 Mumbai, Maharashtra, India, Feb, 2020 -- An official in the Home department said, "In a meeting on January 23, when Ajit Pawar reviewed the scheme, he seemed unhappy with the amount that was needed to implement it and wondered if it was required considering the poor fiscal condition of the state exchequer."

In another instance where the Maha Vikas Aghadi government and the BJP-led central government are at odds, the ‘112 helpline’ scheme of the Centre may be in for rough weather in Maharashtra after Deputy Chief Minister Ajit Pawar last week in a meeting expressed displeasure with the amount needed to implement the scheme.

The 112 helpline number is based on the 911 number in the US where a single number can be used in any emergency, from a law and order problem to a medical emergency. It was mainly considered to be helpful in countering crimes against women. Sources said while the scheme may not be scrapped, there is a high probability that it will be scaled down to a considerable extent.

An official in the Home department said, "In a meeting on January 23, when Ajit Pawar reviewed the scheme, he seemed unhappy with the amount that was needed to implement it and wondered if it was required considering the poor fiscal condition of the state exchequer." Sources said the tendering for setting up the call centre was done last year and two locations — in Navi Mumbai and Nagpur respectively — were finalised and are in the process of being developed into state of the art centres.

"While developing the call centre is a part of the expense, the major expense will come in the form of vehicles and manpower that will be required for the helpline to function. There would be a need for nearly 8,000-10,000 vehicles and over 15,000 men to man these vehicles across the state which would escalate the cost to anywhere between Rs 500-800 crore in the very least. This is in addition to the expenses that have already been incurred for setting up the call centre. Given the fact that the Maharashtra government’s finances are in the red especially with the number of farm loan waivers that have been granted in the past few months, this expense appears to be a luxury that the state government may not be keen on spending," a senior official said.

A senior officer from Maharashtra Police said that several smaller states like Uttarakhand have already switched to the 112 helpline number. "However what some of these states have done is that instead of installing the entire infrastructure comprising of the call centres, vehicles and manpower, they have just modernised the infrastructure of the call centres. They have not purchased vehicles and manpower which is the most expensive part of the entire scheme. Maharashtra may just follow that model," the officer said. Some police units in Maharashtra like Mumbai police already has a state of the art control room and would not even require that overhaul. "Some districts may be able to benefit from upgradation in their control room mechanism," the officer added.

The then Home Minister Rajnath Singh launched the pan-India 112 Emergency Response Support System (ERSS) helpline number. The number was expected to include police (100), fire (101), health (108) and women (1090) helplines. A total of 16 states including AP, Uttarakhand, Punjab, Kerala, MP, Rajasthan and Union territories were expected to have the number.