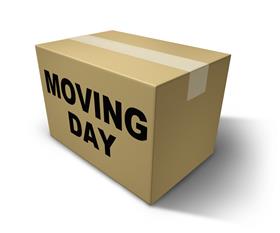 Middlesbrough, England, Jan, 2021 -- A call centre has set a moving date for hundreds of its Middlesbrough town centre workers.

Firstsource is relocating to the town's newly-redeveloped Centre Square scheme, after years renting the Fountain Court building on Grange Road.

The business services firm had sparked fears it would quit Middlesbrough after Fountain Court went on the market last year.

But Firstsource UK reaffirmed its commitment to the area by signing a new lease for One Centre Square - and saying it had "no intention" of leaving the town centre.

A spokesperson for the global firm said: "Firstsource has confirmed that they're planning to settle into the new offices by April."

GBB was announced as the first tenant in the Grade A Centre Square development, more than a year after it was completed in the summer of 2019.

The scheme was dealt a blow last year when Middlesbrough Council changed its mind about moving staff from the crumbling Civic Centre into One Centre Square, but developers Ashall remained optimistic.

That decision, and commitments by Firstsource, GBB and others including GB Bank, Causeway and XPS has led to "quality private" occupiers taking up two-and-a-half more space than first envisaged.