News : Many Still Waiting for Cancer Helpline Call Back 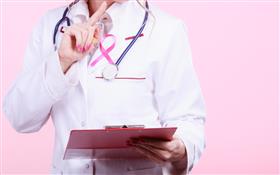 Cork, Ireland, May 14, 2018 -- Almost half of women who have requested a call back from the CervicalCheck helpline are still waiting to be contacted, new figures from the HSE have shown.

The helpline was established on April 28 to help deal with the fallout from the recent screening controversy. As of Sunday, May 13, 15, 753 calls had been answered and 9,925 requests for a call back had been made.

"Every effort will continue to be made to ensure that contact is made as quickly as possible with all those who have requested a call back. We have teams working in Limerick, Cork, Waterford and Dublin, and in hospitals right across the country, making contact with all of the women who have requested a call
back and answering their queries, with personal health records and advice where appropriate," the HSE said.

It noted that calls are being answered quicker now, but the helpline remains ‘extremely busy'.

"Priority for call backs from the clinical team is being given to women with specific clinical queries or a history of cervical cancer," the HSE explained.

Meanwhile, of the 209 women directly affected by the controversy, 203 of them or their families have now been contacted.

"Most women have at this stage been contacted and meetings either held or arranged to discuss the audit and the response with them. The HSE is working with the National Cancer Registry of Ireland (NCRI) and the Department of Health to identify any other women who had cervical cancer during this time, who may also have had a CervicalCheck test. Reconciliation of data on relevant cases is currently ongoing between CervicalCheck and the NCRI," the HSE said.

The controversy was prompted by the fall out from the Vicky Phelan case.

Ms Phelan (43), a mother of two from Limerick, settled her High Court action against a US laboratory for €2.5 million last month. The settlement was made without an admission of liability.

In January of this year, she was told her cancer was terminal and was given six to 12 months to live.

A subsequent audit revealed that 209 women diagnosed with cervical cancer should have received earlier intervention than they did. A number of women have since died and some are now living with terminal cancer.

Last week, the Minister for Health, Simon Harris, announced a number of supports for the women and families directly affected, including discretionary medical cards and an exemption from prescription charges. The cost of experimental drugs will also be met.

This move was welcomed by the Irish Cancer Society.

"Nothing can undo the hurt and pain that has been caused to these women and their families, but hopefully these supports will help them in some way," commented the charity's CEO, Averil Power.

Meanwhile, from Monday, May 14, John Connaghan will carry out the role of director general of the HSE, following Tony O'Brien's decision to step down from the position on May 11.

"I have now designated John Connaghan to carry out the functions of the director general of the HSE, pending a recruitment process which is to be conducted by the Public Appointments Service. John brings a wealth of senior healthcare management experience at an international level. He will be a tremendous resource in leading the HSE in challenging times. I want to thank John for taking on this interim role," commented Minister Harris.

The Health Service Executive (HSE) (Irish: Feidhmeannacht na Seirbhíse Sláinte) is responsible for the provision of healthcare providing health and personal social services for everyone living in Ireland, with public funds. The Executive was established by the Health Act, 2004 and came into official operation on 1 January 2005. It replaces the ten regional Health Boards, the Eastern Regional Health Authority and a number of other different agencies and organisations. The Minister for Health has overall responsibility for the Executive in Government. The HSE is Ireland's largest employer with over 67,000 direct employees, and another 40,000 in funded health care organisations. It has an annual budget of over €13 billion, more than any other public sector organisation.