News : Marks and Spencer and John Lewis are Hiring Hundreds in Plymouth 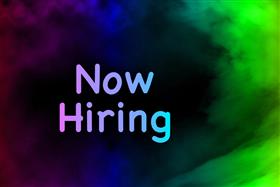 Plymouth, England, March, 2017 -- Hundreds of call centre jobs are created by an international company at the Ship building in Derriford.

US firm Sitel is recruiting up to 700 people to work at the building in Brest Road, who will work in a call centre acting for John Lewis, Marks and Spencer and Sitel itself.

It comes as a report reveals that Plymouth firms are becoming more cautious about creating jobs as Brexit looms but there is still huge demand in factories and call centres.

Metal fabricators are among skilled workers in demand, along with assembly line staff.

The ManpowerGroup Employment Outlook Survey has revealed a fall in hiring optimism in the South West.

But there remains high demand for permanent and manufacturing roles.

But the report stresses that employers in the South West are becoming more cautious about hiring as they move deeper into 2017.

ManpowerGroup, the world's workforce experts, said that though employment optimism in the region is in line with the national average at +5 per cent, the South West is one of seven regions facing a falling outlook.

Simon Edwards, operations director at ManpowerGroup, said: "South West employers are clearly a little apprehensive about the future, but we're seeing enough life in the hiring market to suggest jobseekers can be cautiously optimistic.

"There remain plenty of opportunities across sectors, despite the slowdown in overall sentiment.

"We are also seeing an increase in demand for manufacturing roles, particularly for those with specialised skills.

"Such roles are difficult to fill, so employers are keen to secure quality candidates.

"Metal fabricators, for example, are in luck.

"In Plymouth, the expansion of call centres for Sitel, Marks & Spencer and John Lewis are helping to drive jobs positivity.

"We are also seeing strong demand for assembly line, production officers, and temporary end-of-production roles in the city.

"The South West may have lowered hiring expectations generally, but there are still good opportunities out there for employers and candidates."

Nationally, private sector hiring has dropped to its weakest level since Q1 2014.

Employers in six of the nine sectors surveyed reported a falling outlook.

The overall Net Employment Outlook, which includes both public and private sector employers, has dropped two points to +5 per cent.

"The private sector plans to hire at its slowest rate since 2014 (+4 per cent), with only construction, manufacturing and transport and communications planning to hire at previous levels.

"The employment rate is at its highest level since records began in 1971, but if you lift the bonnet to look at the engine of the economy, job creation has slowed and employers are becoming more cautious.

"The companies which have powered Britain's economy through the immediate post-referendum period are easing off the gas."

All but five regions report falling outlooks for the coming three months compared to the previous quarter, he said.

"The biggest fallers are the two strongest Remain-supporting areas of the UK: Scotland, down 11 points to -3 per cent and London, down five points to +3 per cent, "Mr Cahill said.

The West Midlands and Yorkshire & the Humber both fell three points to +5 per cent.

The North East and South East are both down one point to +5 per cent and +4 per cent respectively.

Northern Ireland and the North West are the only risers, both up three points to +7 per cent and +6 per cent respectively.

Three regions report unchanged Outlooks: the East (+9 per cent) is still the most optimistic region ahead of the East Midlands (+8 per cent), while Wales (+2 per cent) reports the second weakest outlook in the UK.