News : Massive Rise in 999 Calls to Police ... So Much So They Urgently Need More Staff 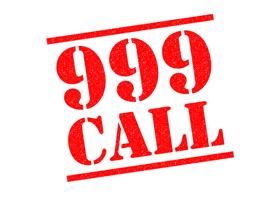 West Yorkshire, England, July 16, 2018 -- The number of emergency calls being made to West Yorkshire Police this summer is so high they are now having to take on more staff.

And on the day England beat Sweden in the world cup quarter final the number of calls was way over what the police would deal with here on a New Year’s Eve.

Senior officers have revealed they are facing unprecedented demand to the 999 emergency number.

In June this year calls to the emergency number increased by 14% when compared to the same month last year. That meant an extra 5,181 calls.

Traditionally the busiest day for the force’s call handlers is New Year’s Eve. Last New Year’s Eve the force took a total of 1,664 calls on 999 but on Friday, June 8 that figure was almost exceeded as 1,610 calls were taken. This follows other days of far more 999 calls than expected throughout the month.

And the trend has continued – with call levels in July regularly approaching record levels. On Saturday, July 7 - the day England beat Sweden 2-0 in the World Cup quarter finals - the force took 2,307 calls to the 999 number, exceeding the New Year’s Eve call level by nearly 39%.

The 999 number is for people to call when they are facing an emergency and/or there is a threat to life - but many people still abuse the system by using the number for non-urgent calls.

Customer Contact Centre Manager Tom Donohoe, said: "Like many other police forces we have seen an increase in emergency calls with an unprecedented and sustained demand placed on call handlers.

"Despite this demand we have not abandoned a single 999 call over the past 12 months – something I am very proud of.

"We are doing what we can to ensure this demand is appropriately managed – including taking on more call handlers – but we also need the public’s help.

"We need callers to understand the demand we are facing. If a caller needs us in an emergency situation then we will get to you quickly.

"We have to prioritise the calls we get – and people who are facing an emergency will, rightly, be prioritised. I would ask members of the public to think which of the two scenarios they would prioritise first – a missing three year old child or a call for an update to a crime.

"I would hope that everyone would think the missing child would be a higher priority – but if we are dealing with a missing child then that means that the person calling for an update might just have to wait that bit longer.

"It might be that your query can be resolved by having a look at our website or the Ask the Police site. Alternatively you can use our online facilities which includes a way of reporting crime on line and a web chat facility which is ideal forum for quick queries.

"By doing so you can help us free up capacity to deal with the demand – so that people who are facing an emergency situation can get the help they so urgently need."