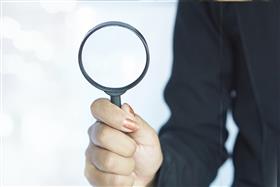 The new call center at 755 W. NASA Boulevard, where employees track down delinquent medical payments, is looking to hire around 300 workers in Melbourne.

MDS looked at sites in Texas and elsewhere in Florida better settling on Melbourne, where it already had a successful location on Babcock Street.

"We did several months of market analysis and Melbourne just seemed to fit in the niche we were trying to recruit for," said MDS President Rick Masterson, after a ceremonial ribbon cutting Monday morning.

Located across the street from Orlando Melbourne International Airport, the facility was previously used by Ricoh USA, a business machine supplier.

Salaries for the new positions range from $32,000 to $60,000 a year with opportunities for commission. It's pretty stable work, Masterson said, but employees need to be aggressive and have "a tolerance for a call center environment."

"We're a solid and robust company," he said. "We never really have had a client leave us and we have a strong reputation in the industry. Once we get a client, they're in it for the long haul."

MDS is exclusively healthcare focused servicing 460+ facilities nationwide. Clients range from large multi facility health systems to small rural hospitals which encompasses for-profit, not for-profit, and faith based facilities. MDS has a reputation spanning 3 decades as being an industry leader who delivers a high recovery/netback with little to no complaints. MDS is able to do so with a high regard to ethics, integrity and continuous reinvestment into their company. MDS has a conservative approach in processes applied to the recovery of accounts.