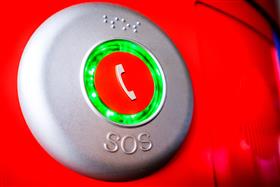 Hyderabad, India, May, 2022 -- Of 1.3 lakh calls received in a year to emergency number 108 in Telangana, around 13% are related to behaviour emergencies, poisoning, fires and suicide attempts.

However, a research by GVK Emergency Management Research Institute has revealed that only 0.1% calls are exclusively mental health-related showing that a huge stigma still exists in society.

The research titled ‘The role of 108 GVK EMRI ambulance services in managing behavioural emergencies in Telangana’, authored by Eshita Raju Kalidindi and GV Ramana Rao, was recently published in Asian Journal of Psychiatry.

After analysing the calls, the researchers collected data from 28 villages in Medchal district and Devaryamjal village was selected from where the researchers interviewed selected participants.

"Of the 60 participants in the study, 24 persons said they are not aware of mental health problems, including seven from an urban setting and 17 from the rural. This indicates those from urban were more aware of the problem," the researchers said.

When the researchers asked if people suffering from mental health problems were dangerous, 52% agreed and 48% disagreed. "Around 85 participants said the disorder can be treated. Only 5% said it cannot be treated and 10% were unsure and said it depends on the situation. A majority of the participants felt that either seeing a doctor or resorting to rituals is the ideal mode of treatment," revealed the study.

Regarding 108 as an emergency response service, 96.7% of the participants were aware of the service. "They said it was mostly used for medical emergencies, accidents and pregnancy-related problems," said the researchers.

Institute of Mental Health superintendent Dr M Uma Shankar said due to stigma, mental health-affected persons refuse to consult a doctor. "If a person is attempting suicide, it could be a psychological problem. Even families are not coming forward to bring their kin who are psychologically ill due to fear of getting exposed to society."

Calling 108 for mental health emergencies in India is not common, he said. "When an ambulance comes home, everyone in the neighbourhood comes out to see. This stigma has to go," he said adding, "If left medically unattended, mental health can lead to the persons harming themselves or harming others."

Today's Tip of the Day - Choosing A Solution