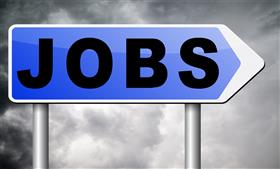 In a statement, Merchants says during the 2022 State of the Nation Address, president Cyril Ramaphosa highlighted the immense job creation possibilities within the GBS sector (formerly known as the business process outsourcing sector), saying it could create upwards of 500 000 jobs.

The YES initiative was launched by Ramaphosa in March 2018 as a joint initiative between government, business, labour and civil society, to collectively tackle youth unemployment and build economic pathways for the youth.

Now in its third year, YES’s partnership with Merchants has seen a 24% absorption rate among youth who enrolled in their first two programmes.

The 76% of youth who were not permanently absorbed were offered further 12-month, fixed-term contracts post the YES year, says the company.

It adds that all youth (of which 75% are female) have been placed in call centres across Gauteng, KwaZulu-Natal and the Western Cape.

ITWeb recently reported that over the past four years, the GBS sector created more than 50 000 cumulative new jobs.

In November, Statistics South Africa (Stats SA) released unemployment data for the third quarter of 2021, showing the country’s official unemployment rate rose to 34.9%, up from 34.4% in the second quarter.

In the third quarter, employment slumped by 660 000 to 14.3 million. In addition, the number of discouraged work-seekers increased by 545 000 (16.4%) and the number of people who were not economically active for reasons other than discouragement increased by 443 000 (3.3%) between the two quarters.

The unemployment rate, according to Stats SA, reached its highest record since the start of the quarterly labour force survey in 2008.

"As we continue to seek solutions from the depth of an unemployment crisis, YES has coordinated collaborative corporate efforts to bring hope and opportunities to the millions of unemployed youth through an impactful initiative that provides them with quality work experience," says Merchants MD Zain Patel.

"Engaging with YES as a strategic partner in this regard has been seamless, as we endeavour to further bolster our support for youth employment more collaboratively."

YES CEO Ravi Naidoo explains the importance of this partnership: "The GBS sector has been identified as one of the green shoots that can steer the country’s economic reconstruction and recovery in the aftermath of the global pandemic. YES is fully committed to getting youth into that critical first job, which could break the cycle of lifetime unemployment."

According to Merchants, YES’s initiatives and partnerships have collectively paid SA’s youth more than R4 billion in salaries, which benefits extended families and entire communities, introduces youth to the formal job market, and positively impacts on lifelong unemployment and poverty.

Naidoo further explains that the 12-month contract given to young people by YES’s partners enables businesses to find the real gems who can add value to their enterprises.

"At YES, our business-led collaboration seeks innovative ways to curb youth unemployment. We need to get youth working, or our country won’t have much of a future."