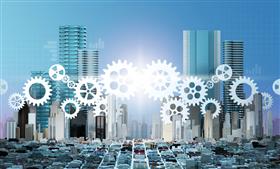 Seconds later, she took a very different type of call.

"City of New Orleans, 311," Parker said to the person on the other end of the phone.

It was the day the city’s 311 non-emergency call system officially merged with the 911 operation.

"We handle a lot of disturbances, accidents, shootings," Parker said. "And of course, fires, medical calls."

Parker has been working with the 911 system for nearly a dozen years.

Citizens dial 311 to report problems like potholes, blight and abandoned vehicles and now they can do it 24/7, according to Tyrell Morris, the executive director of the Orleans Parish Communications District, which oversees the 911 system.

"And so instead of having to wait to voice your concerns or lodge your service requests with the city government between 8 a.m. and 4 p.m. Monday through Friday, you can now do that 24 hours a day," Morris said.

Morris said the change has another benefit for the public.

"That allows citizens to go online and submit their own tickets online, and receive subsequent notification as that ticket travels through city government until it’s resolved," said Morris.

Still, the majority of the 311 operators who were on the job before the merger took place chose not to be part of the combined system.

The city’s personnel director, Lisa Hudson, told FOX 8 News that only one of the 12 non-emergency call takers transferred to the 911 system. The others opted to be demoted and take positions elsewhere in city government and with the Sewerage and Water Board.

"We only had one of those individuals who decided to come join us, but O.P.C.D went on a recruitment effort and filled additional vacancies," Morris said. "We have 11 additional staff also starting today."

It was anticipated that some of the 311 operators would not want to make the switch to a call center that handles emergencies.

As a veteran 911 operator, Parker describes her job as rewarding.

"To me, it’s an amazing feeling, you know, giving the public a peace of mind, knowing that when they call 911 they can get the assistance that they need, and for me, since I’ve been doing it for so long, a lot of things I take to heart," Parker said.

"Most of the 311 calls we have been receiving, typically it’s something that we’ve handled in the past," Parker said.

"When 311 would close, the citizens would still seek service, and so they would still call us, and so we had a lot of familiarity with some of their questions," Morris said.