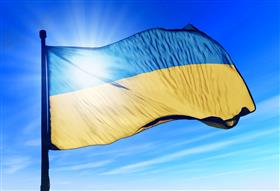 "Launching next week, this will be a new, centralised, one-stop shop for any Ukrainian student who comes here, and will support students and academics who wish to continue their research," Mr Harris told delegates on the first day of the Teachers’ Union of Ireland (TUI) annual conference in Wexford.

The initiative will be hosted by Maynooth University and staffed by six admission experts from across the higher education sector, as well as guidance counsellors.

Addressing delegates at the conference, TUI general secretary Michael Gillespie said the education system must strategically plan for the number of Ukrainian students who would be starting in education this coming September.

Mr Harris acknowledged there were additional pressures facing the education system as a result of the number of displaced people arriving in Ireland.

"But these are pressures that we are bound to embrace, in solidarity with our Ukrainian neighbours at this time of crisis," Mr Harris said.

Speaking about technological universities, the Minister said he would put in place a proper funding system that would see an equal approach between the TUs and traditional universities, with a new borrowing framework which would allow TUs to borrow from non-exchequer funded sources.

"The intention for a ‘one-pot’ third-level funding model which would be equitable for students whether enrolled in a TU, IoT or legacy university needs to be substantially bigger than the two pots it replaces."

Mr Harris added that the Government would provide "a new and ground-breaking type of academic contract", and this contract would be negotiated, rather than imposed.

Mr Gillespie also said the ratio of lecturers to students had risen, and needed to fall, an aim that Mr Harris said was one of his key goals as Minister.

Today's Tip of the Day - Select The Right Application