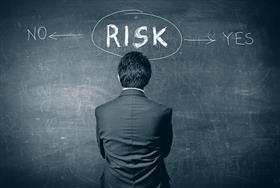 Dublin, Ireland, Dec, 2018 -- Lives are being risked by the ongoing failure to resolve a years-long row over the handling of 999 ambulance calls in Dublin, Minister for Health Simon Harris has warned.

Emergency calls for medical help in the city are traditionally handled by paramedics in the Dublin Fire Brigade (DFB), which has its own call centre, staffed by about 75 people, on Townsend Street. It deals with about 120,000 ambulance calls every year.

Outside the capital, the National Ambulance Service (NAS) deals with 999 and 112 emergencies, but it also covers some of Dublin and provides back-up when DFB is too busy.

State health watchdog Hiqa raised an alert as far back as 2014 that patients seeking an ambulance in Dublin could be left waiting for up to eight minutes more because of "convoluted" delays in transferring calls from one service to the other.

Dublin City Council months later announced that all call-and-dispatch services would be brought under the one roof at the National Emergency Operations Centre in Tallaght, which is operated by the Health Service Executive (HSE). The centre has 170 staff and handles about 300,000 calls every year.

The proposed move has been resisted by the DFB, which fears its service could be diminished by an amalgamation and that patient safety would be compromised by the existing HSE plan.

Mr Harris insists it is necessary to consolidate all emergency calls in one centre.

"This is required because the current call-taking arrangements in Dublin represent an unacceptably high patient-safety risk and give rise to delays in the allocation of ambulance resources to patients, including in potentially life-threatening situations," he said.

"There have been suggestions that we could find a technical solution by updating the computers in the Dublin Fire Brigade call centre in Townsend Street.

"That has been examined but I am advised that it would not resolve the problem and address the patient safety risk. What is required is a seamless operation with one point of contact for Dublin."

Dublin City Council, which controls DFB, refused to detail what specific issues were holding up the negotiations.

"Dublin Fire Brigade are currently engaged in an ongoing process in relation to the ambulance service and are not in a position to provide comment," a spokeswoman said.

Siptu, one of the unions representing fire brigade staff, said it was "not an issue about money or terms or anything like that".

A spokesman said: "We are looking to maintain the best service for the public, and our members believe that is best served through maintaining the integrity of the DFB system.

"We have committed to looking at all options in terms of seeking a solution that satisfies both the requirements of the NAS and DFB."

In a review more than a year ago, Hiqa warned that the present system was putting patients at risk and could not be allowed to continue.