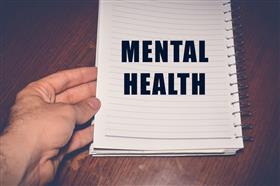 New Delhi, India, Feb 7, 2021 -- Seventy per cent of callers to a mental health rehabilitation helpline launched, in September 2020 by the Social Justice and Empowerment (SJE) Ministry, were men according to an internal report of the Ministry accessed by The Hindu. About 32% of those who reached out were students.

The Kiran helpline (1800-599-0019) of the Department of Empowerment of Persons with Disabilities (DEPwD) of the Ministry was launched on September 7 by SJE Minister Thaawarchand Gehlot. From September 16, 2020 to January 15, the helpline received 13,550 new calls, of which 70.5% were from males and 29.5% from females, the report said.

A total of 1,618 follow-up calls were fielded by the mental health professionals of the helpline, it said.

While most of the callers (78.2%) sought help for themselves, others reached out for their parents, siblings, spouse and others.

An DEPwD official said the number of calls to the helpline had increased to 15,170 till January 31, while there had been 1,978 follow-up cases.

Speaking to The Hindu on condition of anonymity, a clinical psychologist of the DEPwD working on the helpline said most of the calls had been from "young adults". Students were facing anxiety and depression due to the uncertainty about their future and lack of interaction with peers during the COVID-19 pandemic, the psychologist said.

Another psychologist working at regional centre of the DEPwD fielding calls from Haryana, said students were the largest group of callers. The psychologist added that women from rural areas had reached out to the helpline with complaints of anxiety and disturbances within families.