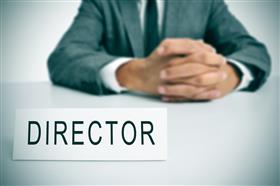 Bernard "Fred" Cummings will oversee the Delaware County Emergency Communications Center when he arrives in Muncie to take the position in mid-January. He has been serving as a PSAP (public safety answering points) shift supervisor in a suburb of Minneapolis, according interim 911 director Barry Ritter.

PSAPs are the primary answering points for wireless 911 calls.

According to a statement from the Delaware County commissioners, Cummings has more than 30 years working in public safety, starting at the age of 16 as a Fire Explorer in his hometown in New Hampshire.

Cummings joined the fire department at 18 and then joined a local ambulance service in 1996.

In 2001, he left his hometown department, achieving the rank of lieutenant, and joined the department in a neighboring town after relocating there. He worked in emergency medical services for 12 years, including serving as EMS chief.

Cummings joined 911 public safety communications in New Hampshire in 2005. After 10 years in New Hampshire, he became a dispatch supervisor in Vermont. He also retired from being a call firefighter in April, ending 30 years of service, including spending his last two years as the fire chief.

According to a release, he has also served as a selectman, similar to a city or town council member, learning budgeting, personnel management and dealing with the public in all types of situations.

Ritter said the long and varied experience Cummings carried is what set him apart during the search for a director.

According to county officials, the new 911 director is also a graduate of the International Association of Chiefs of Police leadership in police organizations course and he was one of the first non-sworn personnel to attend the FBI Crisis and Hostage Negotiation program.

Cummings served for five years as a board member of the Association of Public-Safety Communications Officials Atlantic Chapter, which is an eight state Chapter in the Northeast, including a year as its president. He has also served as a union president and also has experience on the management side of labor negotiations.

"I am extremely grateful and humbled by this incredible opportunity given to me by the commissioners. I look forward to working with all of the professionals at Delaware County E911." Cummings said in the press release.

The Delaware County Emergency Communications Center is responsible for answering 911 and non-emergency calls throughout Delaware County. It handles calls for police, fire and EMS. The center is staffed by 35 dispatchers, as well as the 911 director and deputy director.

Ritter has been serving as interim director since the retirement of Paul Singleton as director earlier this year. Ritter will return to being a communications consultant for the county upon Cummings' arrival.

Today's Tip of the Day - Keys To Technology