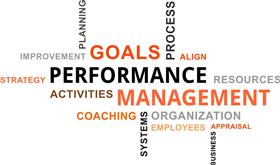 The Signal Vine Playbook is the first in a series Modern Campus is launching to help colleges and universities reach their enrollment and engagement goals. The Signal Vine Playbook for Stop Outs offers prepackaged messaging delivered via conversational texting that targets students who were once enrolled at an institution but have not graduated.

Bringing students back is mission-critical for modern higher education institutions. 39 million individuals left American colleges and universities before earning a degree. And according to the National Student Clearinghouse, over 25% of first-year students do not return for their second year of education. At community colleges the persistence challenges are even more significant, with 41% of students leaving after their first year.

The Signal Vine Playbook for Stop Outs was developed by Signal Vine experts with firsthand experience in higher education administration, and whose work focuses on engaging students with new channels.

"Students are on their phones. With nuanced text messaging and a clean re-enrollment process, we quickly supported students in their desire to return and complete their credential," said Allison Dering, director of enrollment management and financial aid at SOWELA Technical Community College, where they leveraged the playbook to re-engage students and generated over $170,000 in tuition as a result. "Texting was incrementally less work and had a much higher ROI in terms of time, dollars, and staff engagement."

"Higher education is facing an enrollment and persistence crisis. There are 1.4 million fewer students enrolled today than there were in 2019, and student debt is continuing to spiral," said Reuben Pressman, chief product officer at Modern Campus. "The Signal Vine Playbook for Stop Outs is a critical resource—backed by research—designed to help colleges and universities support their learners by identifying their challenges early and by reducing their barriers to returning and completing their education."

Modern Campus plans to release additional Playbooks to support institutions’ ability to engage their learners efficiently and effectively over the next several months.