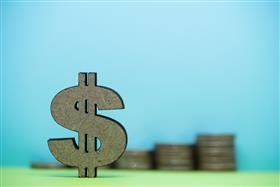 Wellington, New Zealand, June, 2017 -- An investigation into the financial records of a failed Wellington call centre has prompted a call for some people related to its bankrupt directors to pay up.

CallActive was put into liquidation in November last year, following the collapse of its Australian arm.

Around the same time, its Australian-based directors, Rick Allan and Phillip Allan, were declared bankrupt.

Now, people related to the directors have been told to pay up, following an investigation by liquidators into the company's finances.

Liquidator Colin Owens, of Deloitte, said he could not elaborate on who the individuals were, or how they were related to the directors.

The latest liquidators report says it has identified claims against individuals related to the directors of the company and demand has been made for payment.

"These individuals currently reside in Australia and we have been liaising with their lawyer regarding our claims," the report says.

"The debts have been acknowledged as due and we are currently discussion repayment terms with the lawyer representing the related parties."

As at May 8, CallActive owed more than $2.1 million, according to the report.

This excluded claims from former staff, who had not yet contacted liquidators. It is understood there are outstanding wages to be paid, the report says.

About 60 CallActive workers at the Willeston Street office in Wellington were made redundant weeks before Christmas last year.

This came after the its Australian branch folded a month earlier.

Following the liquidation of the Australian company, the New Zealand company ceased trading.

Liquidators froze the company's bank account with ANZ, which held a small amount of money.

The New Zealand company, which is owned by two Australian firms, was set up to much fanfare in the capital in October 2013.

At the time, Allan predicted the call centre would create up to 2000 jobs in Wellington.

Allan brought the company to New Zealand following a chance meeting with then Wellington City councillor John Morrison, who became CallActive's business development manager after failing in his bid to become Wellington mayor.