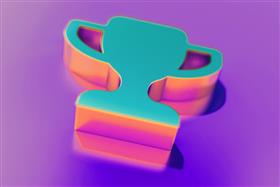 Monmouth County, NJ, USA, March 6, 2018 -- A national organization has recognized the Monmouth County Sheriff’s Office 911 Communications Center for the service its employees provide to the public.

According to the press release, the Outstanding Call Center/Program Award recognizes excellence in 911 services, including how emergency services are handled, along with the advancement of new technology. Monmouth County’s 911 communications center received the award after being nominated by the New Jersey Wireless Association.

"We were honored to accept the award on behalf of all our employees who work so hard in the 911 center," Golden said. "Thank you to the NG911 Institute for recognizing the efforts and results of our great team at the communications center.

"A special acknowledgement to the Monmouth County Board of Freeholders and to all our partners we serve under shared service agreements. It is their vision and cooperation that allows us to save lives with the most effective and efficient technology being deployed by the best trained operators in the word, while saving taxpayers millions of dollars annually," the sheriff said.

Smith toured the Public Safety Center in Freehold Township on Feb. 22, where he saw the call center, the special operations center, other equipment and facilities, and had an opportunity to meet with the 911 telecommunicators.

"Shaun Golden, our sheriff, is doing a superb job leading in law enforcement and in emergency management, and this 911 call center, which got about 780,000 calls last year, is so state-of-the-art [and] world class that the NG911 Institute recognized them in Washington as one of the best," Smith said.

"This is where people’s lives will be saved because of first responders getting to the crisis faster, whether it be emergency management, sickness, a heart attack or a police call. The fact that so many municipalities have signed up to work through here gives a faster response and they are constantly improving their capabilities and there is more that is going to be done here to make it even better.

"This is a command and control center that is truly world class and I want to thank Sheriff Golden and (Undersheriff) Bob Dawson for their leadership," the congressman continued. "It all comes down to leadership. These things don’t just happen. They are made to happen. They have made it happen and they have very qualified, competent and committed people here.

"I am so proud of Monmouth County’s 911 call center for being a top center in the country for serving our communities with excellence in their moments of greatest need," Smith said.