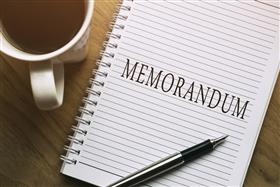 This was the assessment of the officials of the Contact Center Association of the Philippines (CCAP) on the moratorium.

Under A.O. 18, Duterte directed the Philippine Economic Zone Authority (PEZA) to implement a moratorium on the approval of applications for ecozones in the National Capital Region, where over 130 ecozone applications were pending.

The moratorium was expected to promote investments in ecozones outside Metro Manila to spread the economic development in the countryside.

Bondoc said the moratorium could provide Cebu an opportunity to have ecozone applications approved by the President.

However, CCAP president Jojo Uligan noted that investors prefer the hub-and-spoke model, with Metro Manila as their first landing destination in the Philippines before they start expanding operations in the provinces.

Uligan said one potential investor, who checked out Davao as a potential location for their first facility in the Philippines, preferred having it in Metro Manila.

CCAP chairman Benedict Hernandez also explained that even existing BPOs already operating in Metro Manila would rather consider expanding there first before going to other areas.

With new opportunities available to the industry, CCAP said they would continue to support programs to help provincial locations become centers for information technology and business process management (IT-BPM) investments.

"In fact, the industry has been investing heavily in provincial expansion over the last ten years," CCAP pointed out.

As CCAP goes to provinces, the organization also acknowledges that there are a number of challenges to overcome along with the expansion.

These include having the right infrastructure and the available talent pool.

CCAP is working on a program to support countryside development by partnering with the National ICT Confederation of the Philippines (NICP), which will mobilize its network of local councils nationwide in assisting provincial locations to become contact center-ready.

CCAP also called for more dialogue between industry and the government to address this concern.