News : More Cancer Patients Turning Away from NHS for Advice 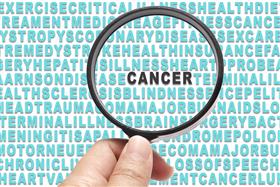 London, UK, Dec 31, 2019 -- Growing numbers of people with cancer are seeking advice from Macmillan Cancer Support because overstretched NHS staff are too busy to answer their questions, the charity says.

Patients are having to call its helpline for information and guidance instead of asking doctors and nurses in cancer services, who are often too "rushed off their feet" to have the time needed.

Some people are already "at breaking point" by the time they call because they are suffering from anxiety, fear and depression over their diagnosis and what their future holds.

"Every day people call our support line because their world has been turned upside down by a cancer diagnosis. Whatever the concern – fear about impending test results, anxiety about how they will tell their children or what their scan outcome means – they just need someone to listen and help them make sense of it all," said Ellen Lang, a service manager on Macmillan’s support line.

"When you only have 10 minutes with your doctor and your nurses are visibly rushed off their feet it’s inevitable that you’ll leave without all the answers you need. This is something we’re hearing from people more often now.

"We are able to offer that listening ear and support to those who need it – something we know NHS staff would like to do much more of but just don’t always have the time any more."

The number of people needing emotional support – with anxiety, depression and fear – has risen by 20% in the last year alone, to 8,011. That is the commonest reason for calling and more than those seeking help with issues related to the side-effects of treatment (2,254), pain (882) and tests (1,297).

Demand for its advice has prompted Macmillan to expand its helpline service, which usually operates from 8am to 8pm. It is staffed by cancer information nurses and advisers, financial guides, welfare-rights advisers, a work-support team and energy-advice specialists.

Staff say that many people who call do so in distress at not having had the time to process information about their condition and prognosis when talking to doctors and nurses.

The charity said the growing number of people both being referred for investigation of suspected cancer and diagnosed with the disease is adding to the pressures on NHS cancer staff.

Lynda Thomas, the charity’s chief executive, said: "It’s heartrending that so many people call at breaking point, having struggled to find the support they need from their healthcare team who we know are run ragged and doing the best they can.

"NHS staff do an extraordinary job faced with huge pressures. But as increased demand for our services shows there simply aren’t enough of them to meet the needs of the growing number of people living with cancer."

NHS England did not respond directly to Macmillan’s findings and instead stressed that cancer patients’ experience was improving in other ways, as is how long they live after diagnosis.

In a statement, an NHS spokesperson said: "Most importantly cancer survival is at a record high, and so too patients’ satisfaction with their care, with nine out of 10 patients happy with the support they’ve received, all of which is testament to the hard work and compassion of NHS staff.

"This progress has come despite more people than ever getting checked for cancer, with 2.2 million getting tested last year. Our NHS Long Term Plan will ensure that by 2021 every person diagnosed with cancer will have access to personalised care plans, including a needs assessment and health and wellbeing support."