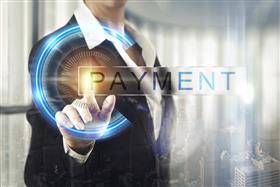 Tokyo, Japan, Sept, 2020 -- Many companies in Japan are introducing employee allowances to cover costs related to teleworking, such as utility fees and internet charges, as remote working increases amid the novel coronavirus pandemic.

These firms, while ending their payment for commuter passes and starting to provide actual transport expenses instead, hope that their shouldering of teleworking-related costs will help employees adapt better to working from home.

However, there are worries that disparities in treatment may grow between teleworking employees and those whose duties require them to come to their workplaces.

When a survey by Tokyo-based rental office operator Wooc asked about inconvenient experiences the respondents encountered while teleworking, with multiple answers allowed, 41 percent said they did not own desks and chairs suitable for working, while 20 percent said their internet connection was not suitable for work. The survey covered 451 respondents who had worked from home.

Against this backdrop, Honda Motor Co. plans to provide ¥250 per day to teleworking employees from October to help them pay related expenses.

In a similar effort, Kirin Holdings Co. decided to provide ¥3,000 per month for people working from home at least three days a week from October. Some 4,000 people, including part-time workers, will be eligible for the allowance.

"I hope the workers will use the money to improve their working environments and raise their productivity," a Kirin representative said.

Zurich Insurance Co., which has switched its call center operations in Japan to remote working, is subsidizing costs for desks and personal computer-related devices for its employees.

In the meantime, some workers, including those in the manufacturing business, are unable to work from home. Under such circumstances, Honda plans to exclude plant workers, except for those in managerial positions, from the teleworking allowance. Kirin’s allowance scheme will also not cover employees at the company’s plants and research centers.

According to Mizuho Research Institute Ltd., only around 30 percent of workers in Japan are able to work from home.

"There is a possibility of differences in treatment arising among job categories" because the amount of allowances will differ depending on whether people work from home or not, Shinya Kotera, chief economist at the institute, said.

To reduce such differences, "Companies need to make efforts such as reviewing job duties so that the scope of teleworking can be expended," Kotera said.