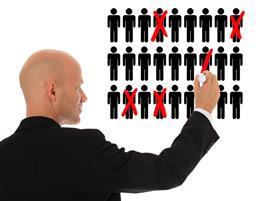 Texarkana, TX, USA, April, 2019 -- Texarkana's Harte Hanks location will lose 73 positions next month in a new round of layoffs announced by the San Antonio-based marketing company.

"We expect to remain at 100-plus employees at the Texarkana location," said a Harte Hanks representative on Thursday. "That is what we are operating at now and when we have completed what we are doing, we will be at that number."

When asked how many are currently employed in Texarkana, the representative said those numbers were not immediately available.

The representative said some positions at the Texarkana location would also undergo a reorganization, but she did not elaborate. The employees to be laid off have been notified, she said.

This is the second round of layoffs at Harte Hanks' Texarkana location in 14 months.

In February 2018, the company announced more than 400 employees at the Texarkana location would be laid off because of "changes in the services Harte Hanks provides to one of its clients."

When Harte Hanks opened its Texarkana location in March 2008, it was known as a call center. But in the multimedia age and changes in the ways companies interact and communicate, Harte Hanks' local presence is now referred to as a contact center, which handles emails, chats and social media as well.

"We are actively pursuing new clients for the Texarkana location as well as projects to fill out available Texarkana capacity," the representative said on Thursday.