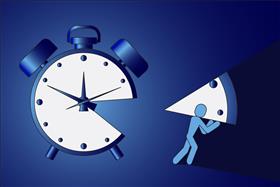 Stoke-on-Trent, UK, Nov 10, 2021 -- Taxpayers have been stuck on the phone for the entire duration of a football match - trying to get through to the council.

Stoke-on-Trent City Council says the average queue time was eight minutes and 16 seconds for the 88,483 calls made to its call centre between April and June. That is up from four minutes and 45 seconds in the previous quarter.

But StokeonTrentLive readers have questioned the data - after claiming they have been stuck on the phone for much longer than that.

Rebekah Malbon said: "Every time I've called the council over the past few months it's 90-minutes on hold without speaking to someone and then getting cut off because it has reached the limit of the phone ringing."

Diane Broadbent said: "It was 40 minutes last week - and I ended up putting the phone down. But they are quick enough phoning you if your rent is a day late."

Emma Grattage said: "I don’t know where they’ve got eight minutes from - I was waiting for one-hour and still no answer."

Gary Bowers said: "Try 43 minutes a couple of months ago when I had to ring. No doubt if I chose the 'make a payment' option it would have been answered in seconds."

Bev Waller said: "Eight minutes - not a chance. I have to phone the council regularly for my job and I'm lucky to get through in 30 minutes."

The council says the increase in waiting times was due to the authority returning to 'business as normal' with the easing of coronavirus restrictions, and a surge in calls about annual council tax bills and reminders. The top three reasons for calling the council were housing repairs, council tax and payments.

There were 24,257 more calls between April and June compared to the same period in 2020, when the first lockdown was in effect.