News : More Than 2 Million Adults Don’t Know When to Call 999 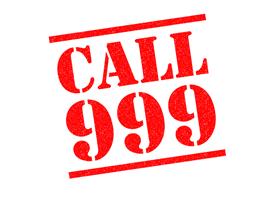 London, England, Sept 9, 2019 -- Adults in the UK have, on average, called the 999 emergency number twice in their lives, according to a new survey.

The poll, commissioned by BT, reveals that most calls to the 999 number are now made from a mobile phone. More than 3 in 5 (62%) adults have made a 999 call from a mobile, compared to only just over half (54%) making the same call from a landline.

The survey has been published by BT to mark this year’s 999 Day [9 September], an annual celebration of the work of emergency services across the UK. Six BT call centres handle all the UK’s 999 calls in Northern Ireland, Scotland, Wales and England, passing calls to the relevant emergency service.

The number of 999 calls handled by BT has increased significantly in recent years, jumping from around 25 million calls a year in 2000, to close to 33 million calls last year. Over a quarter (27%) of adults believe that there were less than 10 million 999 calls made in the last year.

More than half (54%) of UK adults also did not know that smartphones can now provide the exact location of a 999 caller by sending an automatic text to the 999 call handler. The majority of mobile phones (70%) – including Android and Apple smartphones – can now detect that an emergency call is being made, and sends the caller’s precise GPS position to within three metres to the 999 service during the call. This can help emergency services get to incidents more quickly and save lives.

"With nearly 80% of people now using a smartphone, we have a lot of people carrying potential life-savers in their pockets. Using a smartphone’s location service, our call handlers can now pinpoint a 999 caller to within three metres in seconds. This could mean, for example, being able to tell which side of the motorway the call has come from, helping an ambulance get to a scene ten minutes earlier, which is potentially life-saving.

"Our call handlers and emergency services do phenomenal work, so anything we can do to help them respond more efficiently, and potentially save lives, has to be a good thing."

Viv Horton, Station Manager Control, at North Yorkshire Fire Service, said: "Call handlers are a vital part of the 999 emergency service. The Advance Mobile Location system, which is used daily in our control room, allows us to quickly locate people and reassure them that we know where they are. This in turn means we are able to send fire engines to incidents more quickly."

The research was conducted by Opinion Matters, with 2,005 nationally representative UK Adults between 30.08.2019 - 02.09.2019. Opinion Matters abides by and employs members of the Market Research Society which is based on the ESOMAR principles.

Before the introduction of mobile phones, the vast majority of emergency calls were made from landlines, with callers having to provide their locations to the operator. While most landline calls can now be traced electronically to an address, this is often only accurate to a certain wide area.

Advanced Mobile Location (or AML) is an emergency location-based service developed by BT and is available on smartphones that, when a caller dials the emergency telephone number, sends a text with the location of the caller to the emergency call takers in real-time.

The number 999 was launched in London on June 30, 1937. This was after a fire at a London doctor’s surgery in November 1935 led to the tragic death of five women, a committee was then set up by the government to look at the problem of how telephone operators could identify emergency calls. This then resulted in the setup of the 999 line.

Today's Tip of the Day - The Experience