News : More Than 20,000 Emergency Calls Disconnected Before Police Can Answer 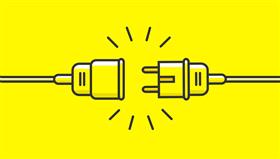 Wellington, New Zealand, July, 2019 -- More then 20,000 emergency calls are being disconnected before police pick up the phone.

Response rates for 111 calls have worsened this year, as the volume of calls grow and police struggle to meet a target of picking up 90 per cent of 111 calls within 10 seconds.

The average number of calls picked up within 10 seconds was at 66.8 per cent for the 11 months to May, according to data obtained under the Official Information Act.

With a month to go, police have counted 862,645 emergency calls for the year.

National operations manager Inspector Ian Harris said, in an interview at the time, an increase in call volumes was one reason for the dip response time.

"[It] can all depend on average handling time of each call, the complexity of it, the level of service provided — there's a lot of things that come into it.

"If we're aiming for 90 per cent and we're not there, then we've still got some work to do ... to be sure that the public is getting the service they expect."

Harris said emergency calls were first received by telecommunications company Spark, which filtered out hoax calls and pocket dials before referring to the appropriate emergency services.

"If the person hangs up before Spark puts the call through to us, then Spark will stay on the line and tell us basically what Spark heard in the background."

Both Harris and police were contacted for comment on Tuesday.

"They've got to consider that something is driving those call volumes."

Police launched a new non-emergency number, 105, in May. The numbers of emergency calls police received that month did not noticeably change.

A police spokeswoman said about 75,000 105 calls had been answered as of July 8. Police were not yet able to a determine the how calls to the new number had impacted the volume of 111 calls, she said,

The 105 number was not well known among half a dozen people asked on the streets of Wellington on Tuesday.

Daniel Cotton, a police data analyst, was the only person who had the phone number front of mind.

At the launch of the 105, police said just 20 per cent of 111 calls resulted in an emergency response.

About 60 per cent of demand in the emergency queue are actually reports of non-emergencies.

Police shared a number of calls received on the 111 line:

* A caller had run out of smokes and wanted someone to bring him some more.

* A caller's hair colour was not the same on the packet and she wanted a refund.

* A caller wanted someone to come clean up her husband's vomit, because she didn't like the smell.

* A caller couldn't turn off the TV (police suggested unplugging it).