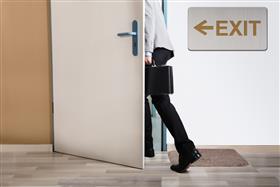 North Charleston, SC, USA, Dec, 2018 -- More than 600 local call center jobs that were lost in one of the largest layoffs in recent memory weren’t eliminated. They were off-shored to the Caribbean.

A spokesman for InterContinental Hotels Group confirmed last week that the lodging chain is partnering with a third-party vendor that will relocate the company’s former North Charleston reservation operations to the Dominican Republic and Jamaica.

IHG closed the longtime call center last month, leaving 626 workers without jobs. The shutdown was attributed to high employee turnover and other "staffing challenges" amid a tight labor market when it was announced in June.

SC Works Trident said the closing triggered its largest "rapid response" in years. The employment agency enrolled 225 former IHG employees in its displaced workers program, which is more than the group typically enrolls in a year.

After the closure was announced, SC Works helped organize two job fairs for the laid-off workers, including one in collaboration with the Charleston Area Hospitality Association.

Since the call center jobs were moved outside of the U.S., the former employees are eligible for benefits from the Trade Adjustment Assistance program, such as training, a job search allowance and a relocation allowance.

IHG is an international hotel company whose goal is to create Great Hotels Guests Love. We have more guest rooms than any other hotel company in the world - that's rooms in more than 4,150 hotels across nearly 100 countries. Our guests book over 160 million stays in IHG hotels every year. You can depend on our 7 great brands for a hotel that suits your travel needs or tastes. We also provide Priority Club Rewards - the world's largest hotel loyalty program.