News : More Than a Third of Calls to Council Abandoned 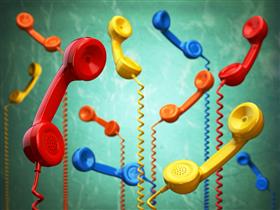 Stafford, UK, June 25, 2021 -- More than a third of people ringing Stafford Borough Council have abandoned their calls before they were answered during six pandemic months – but the time taken by the authority to process new benefits claims has come down from over 10 weeks to 17 days during the same period.

The abandoned call rate between October 2020 and March this year went down from 41 per cent to 37.7 per cent, but remained well over the five per cent target.

A report to Stafford Borough Council’s Resources Scrutiny Committee explained that the number of calls and emails received by the authority’s contact centre had "increased significantly due to the Covid-19 pandemic".

It added: "The team have been receiving calls in relation to the provision of grants, regulation of businesses, and track and trace. Additionally, the provision of new waste services including the provision of the blue bag and the introduction of charging for garden waste collection has led to greater demand on the Contact Centre.

"This is additional demand to the usual enquiries that continue to be received."

In contrast the days taken to process new housing benefit and council tax claims fell from 71.25 days at the end of 2020 to 17.18 days by the end of March – bringing the measure below the 20 day target. Between July and September 2020 it had taken 94 days – over three months – for new claims to be processed.

Corporate business and partnerships manager Tracy Redpath told this month’s committee meeting the revenues and benefits team had done "an amazing amount of work in reducing the claim period from 71.25 days to 17 days".

She added: "They’ve also exceeded their targets in terms of processing new benefits as well."

"Abandoned calls is reported at 37.7 per cent against a target of five per cent. This was in the context of new chargeable garden waste scheme and they were also providing support for Covid response in terms of grants for businesses and also borough residents as well."

Councillor Jack Kemp said: "Having read the problems of 94 days, then 71 days, and now they’ve got it down to 17, we must congratulate Mr Wolfe and his team.

"It must have been quite hard, because I know they’re working from home. I have walked through their department and it was empty; one person was sitting at the end. I do feel those figures reflect this pandemic.

"With the abandoned telephone calls I have had that experience of making a call and not getting through. This reflects how this virus has affected the council and I think we should congratulate both departments on managing to get through."

Councillor Ralph Cooke said: "We know that if something can go wrong it will – and things do go wrong in organisations for all sorts of reasons. The important thing is the management of that and how it is then brought back under control.

"That’s the real test of it all and I think that’s what we have seen. I would join with Councillor Kemp in congratulating the department on pulling it together and putting it back on an even keel."