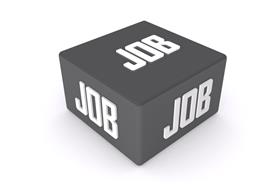 Kingston, Jamaica, Feb 5, 2018 -- Business process outsourcing (BPO), once viewed is a stop-gap job option, has become a career of choice for many bright, young Jamaicans.

In fact, many of them are moving to Montego Bay, which has become the centre of the country's BPO operations, to take up positions in the sector.

Among them is Junior Rogers, who told JIS News that "I came specifically from Ocho Rios to Montego Bay to be a part of this rapidly growing industry".

He boasts that within three years, he was able to rise to a supervisory role at the business in the Montego Bay Free Zone, where he is employed.

"The BPO sector is an important outlet for a lot of school leavers, who can chart a course for their future by becoming employed to one of these companies here in the Montego Bay Free Zone," he said.

Information Technology Manager, Tamara Smith, told JIS News that numerous opportunities abound at all levels for the sector and is encouraging Jamaicans, especially young people, to seize the moment.

Smith, who has been working in the BPO sector for five years, said the experience is very rewarding and that every day there is an opportunity to learn something new.

"I love the fact that it is a fast-paced environment. I love the fact that this is a sector with prospects for growth and which is filled with great young minds and brilliant ideas," she noted. Smith, who has seven employees under her wings, said the industry is more than just call-centre operations, noting that it is a great career move that will lead to economic stability and a rewarding future.

She fully supports the Government's focus on growing the BPO industry, noting that it is important that the investments, including human capital, continue to pour into the sector.

"Like other Jamaicans, I am very optimistic about the future and really like what I am seeing here with our young people," she added.

Young mother, Simone Phillips credits the sector with providing her with a second chance after she had to leave school prematurely when she became pregnant.

"I was a single mother at home and very unsure about my future. I had a chance meeting with someone who is employed to a prominent company in the free zone and the link was made for me to do an interview," she told JIS News.

She said she was pleasantly surprised at the opportunity for growth and the fact that it is not just a call centre as many persons are led to believe.

"I am not making millions, but my life has changed for the better," she added.

Curtley-Ann Palmer joined the staff of Sutherland Global Services as a customer service representative in 2014, and four years later she would become one of the entity's top-performing managers.

She told JIS News in an interview in March 2017, that she worked hard and took advantage of all the training programmes, completing an undergraduate degree at the Mona Campus of the University of the West Indies (UWI).

She was promoted to acting supervisor and then into her current position as an acting account manager.

In this role, she oversees the account she has been assigned and ensures all client relations are smooth. She also works with her team to address work-related challenges.

Palmer supports the push by the Government to use the BPO industry as one of the key sources of employment of young Jamaicans as part of the national growth strategy.

She also strongly dispelled the myth that the industry only employs individuals to work in call centres.

"There is something for everybody within this industry. If you studied finance or human resources; there is a place for you," she noted.

The Government is targeting BPO as a key part of its economic growth and job creation thrust. A total of 26,000 persons are employed in the sector and the administration is looking to increase the number to 50,000 in short order.

BPO has the highest employment growth rate of any sector over the last decade, with several new players and rapid expansion in operations. It has become the number-one source of employment next to tourism in western Jamaica.

Minister without Portfolio in the Ministry of Economic Growth and Job Creation, Daryl Vaz, said greater focus is being placed on the training of persons, particularly for higher-end activities and high-value positions.

He informed that the Port Authority of Jamaica (PAJ), through its free zones, will be working closely with the HEART Trust/NTA and the Business Process Industry Association of Jamaica (BPIAJ) to develop an incubator geared towards knowledge services and technology-type work.

Additionally, he noted that programmes have been developed by the HEART Trust/NTA for BPO-related courses, on-the-job management training, international accreditation of courses and apprenticeship programmes.

JAMPRO, through collaboration with private- and public-sector partners, hosted a job fair in Kingston last November to educate Jamaicans about the sector, and recruit people for jobs.

At the event, the HEART Trust/NTA recruited individuals for its three-week contact centre/BPO training programme, while a number of BPO companies conducted interviews for jobs in the industry.

The Jamaica Promotions Corporation (JAMPRO) said there is high demand for LPO, with law firms utilising outside support services for legal research and other routine work.

"We have actively engaged several international shared-services operators and LPO operators in an effort to get them to expand to Jamaica," Minister Vaz said.

He informed that JAMPRO has engaged local universities and key stakeholders in a bid to provide details on higher-level jobs available to graduates in the new areas.

"The sky is the limit for the BPO sector, and we intend to capitalise on every aspect of this lucrative industry for the benefit of Jamaica and Jamaicans," Vaz declared.