News : Moscow Releases a Chatbot Called Boris to Give Fans Virtual Tours of the City 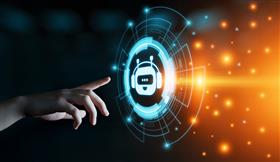 Available in Russian, English and Spanish languages, Boris is "a chatbot programme that offers free guided tours and adventure games. It was developed by the Moscow Agency for Tourism and Recreation in collaboration with [city's] Department of Culture specifically for the 2018 FIFA World Cup," the statement said.

The chatbot Boris will help guests of the Russian capital discover city's central streets and main sites, museums and architectural monuments and will ask riddles.

Several tourist routes around the city, lasting up to two hours, are available in the program and will cover main Moscow districts: from Cathedral of Christ the Saviour to Zaryadye, from the city center to World Cup Luzhinki stadium area, the historic district of Arbat and the downtown area.

If you're at the tournament, wind up in Moscow and fancy an alternative way to explore the city, the chatbot is available online.