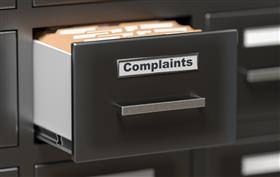 Newcastle, South Africa, Feb 7, 2018 -- In the spirit of improving on reaction to residents’ complaints, the municipality has adopted an engineered approach – eMIS.

eMIS is set to streamline the way the municipality handles reported problems.

The municipality has adopted a new approach to residents’ complaints.

Details of this were given during last week’s meeting of the Newcastle Local Council.

During this, a presentation was delivered on eMIS – the Engineered Management Information System.

This system is set to streamline how the municipality handles reported problems.

At its core, eMIS exists as a call centre system.

However, eMIS also serves as a benchmark, complaint tracker and database.

Municipal Manager, Errol Mswane explained the intention of rolling out eMIS was for calls from residents to be logged, after which problems could be tracked to their resolution.

"It also serves as a monitoring system for us, to ensure problems were properly spoken to."