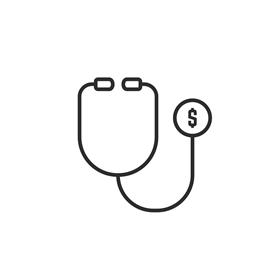 St. John’s, Newfoundland and Labrador, Canada, Jan 4, 2017 -- The provincial government is paying about $46 per call to the province’s HealthLine service, and call volumes appear to be in decline, according to government documents posted online in response to an access to information request.

Both the opposition Tories and the NDP say the government is losing out on an opportunity to save money in the health care system because it ended a promotional campaign designed to increase awareness about the "811" health line number.

"As a parent of young children, I’ve had opportunity to use the HealthLine myself. I believe it’s a service that’s well worth the money," Progressive Conservative health critic Steve Kent said.
"I think the province needs to do more to promote it, so usage starts moving in the right direction."

The idea behind HealthLine was to provide a number that people could call and get questions answered by a registered nurse. For 2016, the contract to provide the service will cost $2.8 million.

Surveys have shown that the HealthLine works at helping people to treat ailments at home or encouraging them to visit a family doctor instead of going to a hospital emergency room.

So even at $46 per call, that saves the province money because it’s a good deal cheaper than the emergency room.

Health Minister John Haggie said that when somebody from out-of-province visits an emergency room, the government bills the person’s home province $309 for the visit, but emergency room visits might be even more costly than that.

"It’s actually extremely embarrassing to admit, but I can’t tell you exactly how much it costs to provide an individual with an emergency room visit, because it’s basically the cost of running a hospital," he said.

In the first few months of 2016, more than 5,000 people called the HealthLine every month, but there’s been a steady decline.

NDP Leader Earle McCurdy, like Kent, said that might be because of a lack of public awareness.

"I don’t know if the dip in numbers is related to the cancellation of the awareness program there a few months ago, but it seems to match up with that," McCurdy said.

"Presumably people can only use the service if they’re aware of it."

Haggie pointed out the HealthLine does more than just accept incoming calls. The same call centre does outgoing calls for some patient followup, mental-health outreach and checking up on people who left the emergency room without seeing a doctor.